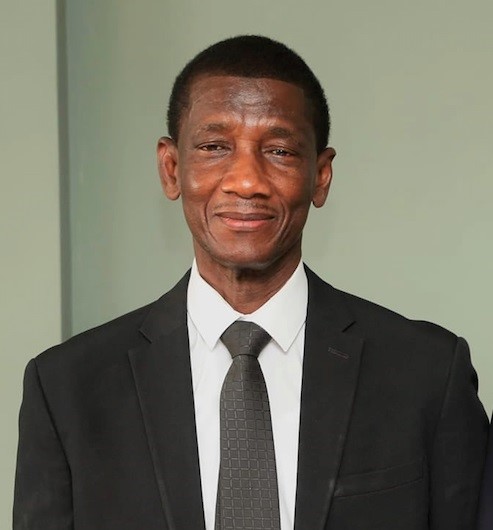 It is with a heavy heart that we pay tribute to the memory of the Late Vice President of Gambia, His Excellency Badara Alieu Joof.

We received communication in the early hours of Wednesday, 18th January 2023 of the passing of the Vice-President. It came to us as a great shock and we observed a minute’s silence for him during our management meeting held on the said day.

We first encountered the Late Vice President on a very personal level during his visit to KNUST in July 2021. He came to sign the contract for KNUST to mentor the Gambia Technical Training Institute (GTTI) to become a full-fledged University, which will be known as the University of Applied Science, Engineering, and Technology (USET). He was then the Minister for Higher Education, Research, Science, and Technology.

It became very clear during his short stay with us, his passion to see the transformation of the Gambia and he knew one sure way to ensure this is achieved is through Education. It came to us as no surprise when we heard that the President of the Gambia had appointed him as Vice-President. During his brief tenure as Vice-President, it was obvious to the people of Gambia that in Badara Alieu Joof, they have a competent, honest, and incorruptible man.

The last encounter we had with him was during the closing ceremony of the Africa Centres of Excellence Regional Workshop held in the Gambia where he was the Guest of Honour. We interacted with him and were to visit him at home the following day, but his itinerary changed. We however met Senior Officials of the Ministry of Higher Education.

Every encounter with the late Vice President was memorable, and he will be missed.

We express our sincerest condolences to his immediate family, the President, and Cabinet members as well as the entire people of the Gambia.